Who could have predicted that one of the biggest crowds at Perth Writers Week would be the one that gathered to hear a doctor talk about bowel movements?

“I think there were about 150-200 people, and it was packed – eventually they just had to close the doors,” he said.

“It was [Perth emergency doctor and author] Michelle Johnston who interviewed me, so I guess they figured if I wasn’t entertaining, at least she would be.

“I was a little surprised by the crowd though. It’s not my first book – I’ve written three books about bowels now.”

But this book is something of a departure from the first, The Bowel Book, published in 2002 by Oxford University Press – a textbook of bowel disorders aimed at the general public.

The second, The (Other) Women’s Movement, published in 2008, focused on managing constipation and while it was more approachable than the first, Dr Levitt said it still had “too much detail for general interest”.

But The Happy Bowel, whether it’s the bright cover, engaging tone, the endearing cartoons inside or a combination of it all, has enjoyed runaway popularity. 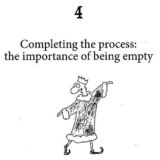 “In the course of a career your thoughts inevitably change over time; are subtly modified, based on feedback from patients,” Dr Levitt said.

“I also wanted to write a bit more in my voice.

“This subject is about significantly troublesome systems, and I have found approaching it with a lighter heart gets people onside.

“Every person in the planet has their bowels open in their own quirky fashion. Having that on the table, as it were, I think I get more information and patients become more receptive.”

But the book is not about cancer, colitis, Chrohn’s Disease, or even haemorrhoids.

It is for people who simply find bowel actions difficult – to start, to stop or to control in general. Who struggle with constipation, incontinence and dissatisfaction.

To illustrate how function fails, Dr Levitt first describes what a “good action” looks and feels like.

“Prompt, effortless, brief and complete,” he said. “And the single most important thing? The strong urge that says, go now.

“People who can generate that urge but choose to go early, like guys who grab a book and wait on the platform waiting for the train to arrive, get into trouble.

“And people who never get that urge, more often women, have another significant problem.”

Read the rest of this article on WAtoday.