The Matriarch and I settled down to watch this Rolf de Heer movie after loving his latest, The King is Dead!

We’d had the DVD lying around for ages and it seemed the perfect time to get around to Ten Canoes, set in Arnhem land in a time before Aboriginal people made contact with whites.

The narrator tells the story of a group of men making bark canoes and hunting goose eggs. The leader of this group tells his young relative a story (which quickly seems to be shaping up as a cautionary tale) about a young man back in ancient days who longed for his brother’s wife.

The movie is entirely told in a subtitled indigenous dialect. A quick Google says it is Ganalbingu language, and if I had any presence of mind I would have retained the DVD cover to make sure. It’s worth getting this on DVD, because there are extensive and interesting-looking special features.

Whether or not it’s intentionally significant, it’s innovative, and immediately gives the film a new way to communicate that the themes that run through each tale are linked.

It’s naturalistic in quintessential de Heer style, with all the hallmarks of painstaking research.

Yet at times it seems to relish drawing attention to the artifice that goes into the telling of the stories: not only through the three different stories, but by introducing the innermost story’s characters with a rundown each in which they stare awkwardly at the camera, occasionally giving a chuckle or embarrassed look to show they’re listening.

As well as being engaging, this gentle joke shared with the viewer reveals the characters’ humanity, a task that would be difficult when portraying people of an unfamiliar culture in long-ago time.

But I also laughed a lot. De Heer doesn’t seek to make the characters mysterious or venerate them. They’re just people. They have their fart jokes and their deep spiritual side just like everyone else.

What I love most about Rolf de Heer’s storytelling is – and you know I love action in my movies –  he can take his time about things.

He doesn’t have to pull punches in every shot. There’ s something about the way he tells a story that makes you enjoy the journey. He settles you down, he slows you, relaxes you into his own world. This is a rare talent in a filmmaker, and if you didn’t get it absolutely right it would be disastrous.

The tracker shows this trait off stunningly, to the best of my recollection, and to finish off the de Heer kick, we’ll definitely be watching that.

His is a beautiful, quiet way of telling a story and it brings me back to the whole notion of circularity. You’re not rushing towards something, you’re circling around it, getting ever closer to the heart of it, and yet in a way, the whole time, you’ve been there before.

It doesn’t reward impatience. The second storyteller, the lead goose-egg-hunter, tells his young relative he needs patience, and drags the story out for days. The narrator of their story tells the movie-watcher amusedly that he supposes they are impatient too, but finally takes pity on them and gets on with the end.

I wanted to know the end, but I felt patient. I was busy looking and seeing and thinking and feeling and noticing.

And the end, when it came, was just as unexpected as the rest. 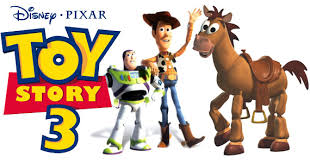 Nothing to complain about regarding the premise, which is great. People are all young in this post-apocalyptic, futuristic utopia, and only reach thirty. They’re colour-coded as they age, making for some bangin’ costumes around a central theme of slender limbs and unfettered breasts, and at 29 are ‘Renewed’ (read: exploded and killed) by a Carousel that whirls them ridiculously around as they happily stretch their limbs out, waiting for oblivion.

They have cool red crystals in their palms that start blinking when it’s nearly carking time. That’s when they know that soon they willingly give themselves up to the clearly benign Carousel.

If they feel in any way suspicious about this process, and decide to ‘Run’, the poor fools get shot, or ‘Terminated,’ by police equivalents, who have cool explody guns, before they get as far as the next gleaming white staircase.

Logan, one such enforcer, begins to doubt about the whole thing when he hears about the possible existence of a world beyond the bubble, from a woman who appears on the complex’s prostitute/sex slave conveyor belt-type-thing (I know, right?!!)

As you will now be realising, this is perfectly, reliably old-school sci-fi for those who have the itch to see other worlds and otherworldly objects (and hot 70s girls without bras). For example, the people in this world have cars that whiz through the air in glassy tubes, which every good sci-fi movie should feature regardless of subject.

Everyone in this world is notably thin and sexy seeing as you never see anyone do any exercise except wander languidly about being young. However, you never see them eat either, so I guess it’s fair.

The sets are very cool. From the split-golf-ball ‘bubble’ world the majority of the movie is set in, to the post-apocalyptic ruins of the outside world, the movie uses scale excellently to set scenes and goes blissfully nuts with ‘advanced’ computers and sci-fi devices, cars and other machines that don’t need to be explained (or indeed explainable) to serve their purpose.

The average fan doesn’t need an explanation either, if it’s stylish enough, and anyway you expect old sci-fi movies to make the impossible possible without even approaching actual science. It’s hardly H.G. Wells, but it’s part of their charm and part of why you watch a movie like this in the first place. After all, movies are about escapism.

The old man character, if you get as far as him, is the best character of the lot, and may or not be the Cowardly Lion from the Wizard of Oz movie. I couldn’t be bothered checking.

The female lead is pathetic. She can’t even scream at a critical moment when she is in trouble, let alone do anything sensible like carrying a weapon or using one. She merely gapes in astonishment, thereby ensuring that she will go down in history as yet another lame movie bitch who couldn’t lift a finger (or a tonsil) to save herself or anyone else.  Her talents are: holding hands, taking her clothes on and off, and looking hot no matter how dirty she gets.

When the male character chooses a spectacularly unsuccessful way to prove to their colourful peers that there really is a world outside where people can and do get old (they have an old man to prove it, but choose to get in via a route they can’t take him, so they rely on shouting crazily at people), the female character decides she will help by shouting the exact same thing that has already proved unsuccessful.

Everything takes a few minutes too many in every scene for my 21st-century sensibility, so that by the end you are wanting to shout GET ON WITH IT at the screen. After you’re halfway through, the scenes just aren’t interesting enough to be so drawn-out. My housemate suggested I call this review “Logan’s Walk”.

However, if you are a vintage sci-fi lover who loves cool sets, atmosphere, hot bodies, lasers, explody guns, inexplicable silver robots and feet that can stand bare on snow and remain uninjured, this is the movie for you and it famous enough that you should really see it.

I do recommend watching it, but I don’t necessarily recommend finishing it.

NB: If you like the premise but not the sound of the movie, then I recommend reading the 1993 young adult/kids book called The Giver by Lois Lowry. This has some similar plot and style elements but much better execution and conclusion. It also develops the thematic material a lot more strongly.  Don’t be put off by the age category – people of any age would enjoy this book if they are interested in the subject matter.