This list is riddled with spoilers, but they’re all very old news, so you should be all right. 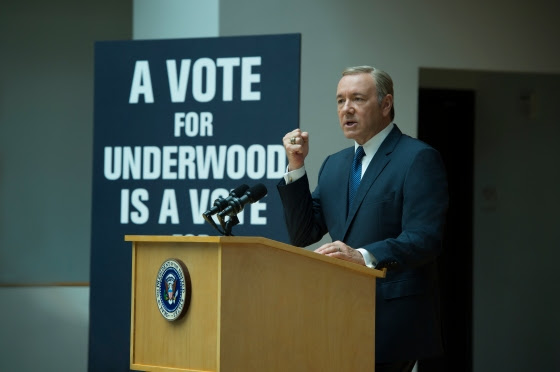 There’s something about my life these days that makes me battle to become absorbed in a TV show, and so fickle I’m ready to quit at a moment’s notice.
The Ministry reckons it’s not the shows, but that I’m changing – probably valuing my time more highly. I was maybe more excited about other things in my life than about TV shows in 2016, making it harder to sit still for anything longer than 20 minutes… and boy, is it hard for find a decent 20-minute show these days.
So maybe the below shows deserved my neglect and eventual abandonment, maybe not. I’d be interested to hear if anyone else fell out of love at the same points or for the same reasons.
The Good Wife
We quit late season five, after the certain shocking event I will not mention here even given my spoiler warning, just in case you decide to begin and finish this show based on my review, because I had it spoiled for me (oh God, the pain). I adored this show in its first few seasons, a fantastic drama with a compelling lead actress, beguiling premise, dramatic overarching storyline and also excellent episodic legal procedural plots. By season 5 the Ministry and I had started to go off it, thinking the plot lines were coming off the boil, and I grew miserable about the demise of the Will-Alicia relationship. I think the tension of that relationship was a major driver for the series, so when they were over, it lost magic for me. I somehow tolerate it less and less these days when shows make me miserable. Then The Event happened and I got way more miserable. I made it through maybe one or two more episodes and just couldn’t face any more.
I’d still heartily recommend starting the series. But I couldn’t finish it.
Game of Thrones
Oh, be quiet, it’s not that shocking. See previous notes about things making me sad. Early GoT was so funny, sexy, sharp – and emotionally, it grabbed you by the throat. But by season five I was no longer being amused and titillated and amazed as I was early on. I was damned sick of being emotionally grabbed by the throat. Scenes got nastier and nastier. I felt like the show was in a race to the bottom of how awful and depressing shows could get. Then someone burned a nine-year-old to death at the stake. Then a sad princess got raped onscreen. Again, I started wanting out. I love gratuitous on-screen violence as much as the next man, but this was no longer enjoyable. I felt like I needed to knock back a scotch and clench a length of rope between my teeth just to get through an episode. The quality of the surrounding storylines and character development didn’t feel as though it was worth watching all this horror.
The Ministry watched season six without me, though he pretty much related in detail everything that happened in every episode. The final couple of episodes he watched, then insisted on showing me highlights reels, fast-forwarding the boring bits. I will concede the closing episodes looked pretty badass, and the Ministry says the makers have decided on fewer episodes for season seven, with higher budgets and a laser focus on quality (and I hear maybe some revenge for poor ole Sansa). So my attempt to quit this show might weaken when season seven comes out.
Breaking Bad
I know. Everybody just loved Breaking Bad. Mums, dads, probably sweet little old grannies, meditation teachers, everyone. For a while it was the name on everyone’s lips. I’d tried to watch it when it first came out and gave up at season two. This time, I tried again, and I only made it up to perhaps early season three. I knew it was supposed to have this amazing build and then a jaw-dropping finale, but again, this show just felt like it was no fun for me. I just felt depressed by it. Bryan Cranston is fantastic in the role. It’s got tension, humour, comedy and style in spades. I wanted to push through the horror of the end of season two, but it just felt too bleak for me. 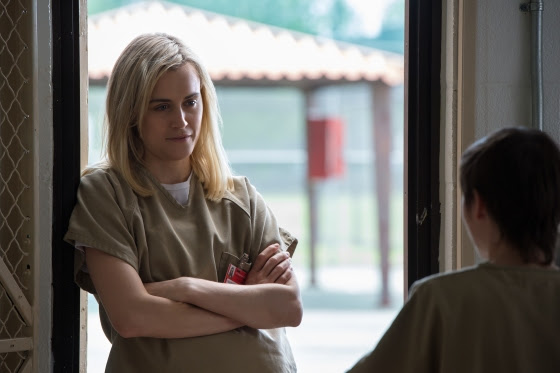 Orange is the New Black was hilarious, edgy and original – made for binge watching. And one day, the binge was over.

House of Cards
I guess we’re starting to see a pattern. Another brilliant show that I just felt too dirty after watching to go on with season three. A brilliant first couple of seasons, but I couldn’t quite bring myself to keep going. I’m a sap, OK? I’d hoped for redemption for Doug. I didn’t get it. I got sad again. I’ve heard the new seasons are amazing. Yes, there’s definitely a pattern beginning here. It’s not you, TV. It’s me.
Girls
The Ministry reminded me I’d abandoned this one, surprising me somewhat, because unlike the others, I didn’t so much quit Girls as much as forget to keep watching it. I would forget, then remember and go back, then my interest would flicker and die again. I’ve Googled, and I believe I last forgot to keep watching around season four episode seven.
I related to it so hard at first (well, the me of 10 years ago who still lives on inside related to it) but the cringe factor frequently outweighs the awesome for me. However, it remains incredibly frank and perceptive about the experience of being a young woman – I kind of think men should be made to watch this for educational purposes – and manages to be likeable despite its characters being anything but. I’ve got a vague intention of restarting, this show, but it’s very vague. And I think the Ministry is hoping his education is complete.
Suits
This was a little different to the others in that I never loved this, and conked out in less than a season. I just couldn’t quite seem to work up any care factor. I don’t think it had the necessary style or swagger, though its attempts were obvious. We only made it through less than a season, so I haven’t given it much of a chance, but what the hell – life’s too short to watch TV shows that bore you. I don’t think I’d recommend this show to anyone. Even if they were terribly bored.
It should have been written by Aaron Sorkin. Then it would have been better.
Orange is the new Black
This was a bloody fantastic show. The first two seasons I loved. In fact, this show and The Good Wife were the only ones in the list that prompted me to binge-watch. But I think I just felt that by the end of season two, neither the Ministry nor I were that interested in new storylines going forward, and we made a mutual decision to quit. We just felt like we’d had the best of what the show has to offer. I could be wrong. But I don’t think I am. It was a good time, but not a long time.
I look forward to quitting many more shows in 2017.
But lest you think I’m just impossible to please, I’ll be back soon with a list of shows I did NOT quit in 2016.